Changing the tide for Men when it comes to learning to swim and beach safety skills.

Swim Brothers came to begin after an incident in October of 2019, where a prominent Muslim community leader – Sheikh Jalal Chami lead a father-son camping trip. It was at Seven Miles Beach where a group of 8 men were caught in a rip. Thankfully, two off-duty lifeguards were camping on the beach when they were notified by members of the public and were able to save the men from drowning.

Following this incident, founders Omar Abu-Mahmoud & Feroz Sattar began doing some research, and the statistics surrounding Men and drownings were shocking. They found that:

After having read these statistics, they began developing the Swim Brothers program. The program has a focus on teaching Men how to swim in an environment which is both safe and culturally sensitive. They also have a focus on beach and water safety and hold regular “dry and wet beach programs” in collaboration with Surf Lifesaving NSW – and this involves teaching Men things like how to identify rips and how to read the safety signs.
The initiative focuses on ensuring the men can pass the message and skills of water safety to their families & through close relationships with peak bodies Swim Brothers ensures this vision is in the forefront of delivering programs
By taking such a holistic approach, they have been able to attract the attention of over 70 Males in the span of 4 months and have achieved outstanding results for their participants. The end-goal is to get their participants to swim 200 meters in under 5 minutes to qualify for the Surf Rescue Certificate (SRC). The SRC is a program run by Surf Lifesaving NSW, and over 10 participants have already qualified to begin their training in late February. Ultimately, these participants will continue and become fully qualified life savers and will have gone from the ones being saved to the ones doing the saving!

This approach to teaching these at-risk Men has proved to be effective. Swim Brothers have been able to identify that it Is not as black and white as urging participants to swim between the flags. The reality is that Men are taking these risks, despite being advised of the safety precautions. As a result, they not only further re-enforce the safety messages, but they also have not turned a blind eye to the reality – which is Men swim at unpatrolled locations and the solution partly relies on giving them the skills to both understand where they can and can’t swim at an unpatrolled location, but also how to survive dangerous surf conditions if they ever found themselves in one.

The other challenge is that many of these Men who are at risk are from low-socioeconomic and disadvantaged backgrounds, and so delivering a program that is price-sensitive was a major concern. Therefore, it is so important to have the support of Businesses, Government, and local councils. Thankfully, with the help of organisations like Speedo, we were able to use various learn-to-swim equipment to aid in delivering these learn to swim programs and have allowed us the opportunity to spread the word about this program and ultimately have and will become a part of reducing the drowning statistics surrounding Men in both NSW and Australia at large. 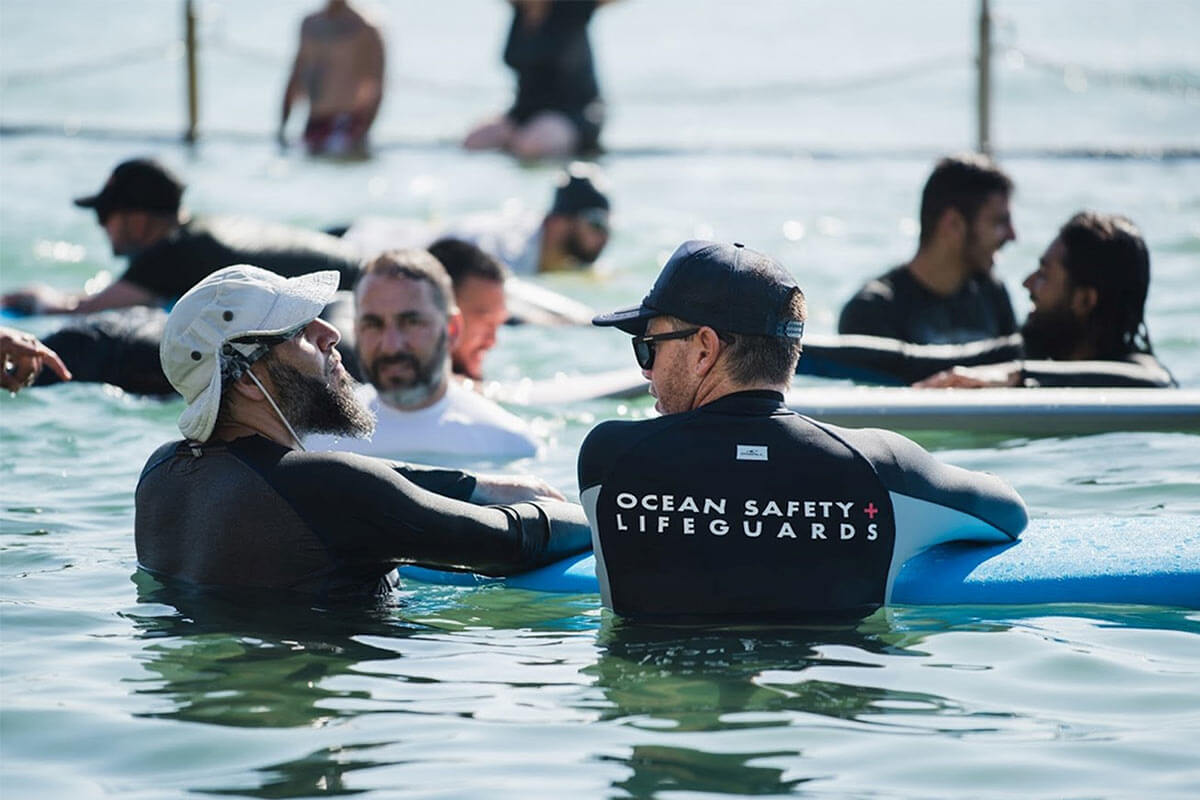